I Can Catch a Monster by Bethan Woollvin 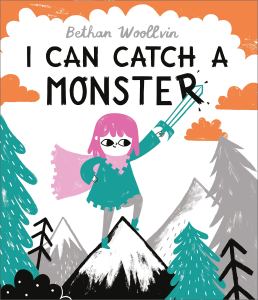 Published by Two Hoots Books, an imprint of Pan Macmillan, 2020.

My four-year-old son, Sam, and I love a Bethan Woollvin book. We’ve borrowed her other books again and again from the library. I think what appeals most to us is Bethan’s distinctive drawing style. Her fantastic illustrations are very stylised and there’s a visual consistency from book to book so that a new book feels immediately familiar.

Bethan often works with a simple colour palette – grey, black and white with a pop of colour. It was red for Little Red, yellow for Rapunzel. In I Can Catch a Monster we’ve got the addition of three colours – pink, orange and green. There’s such a vibrancy to the pages! 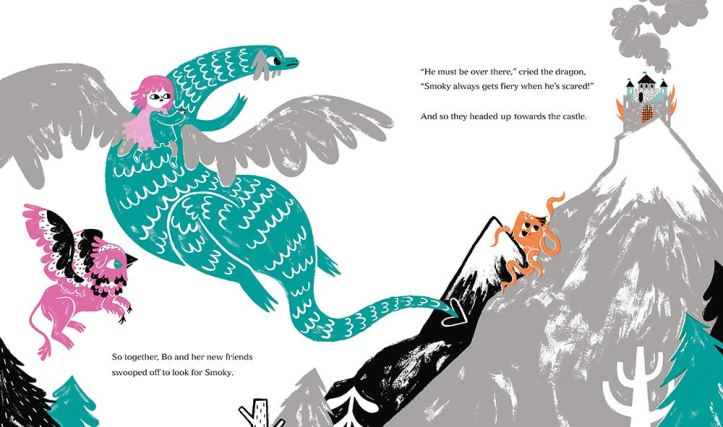 Bethan always conveys so much in the eyes too. She draws them oversized and, more often than not, looking quite sneaky!

A recurring theme in Bethan’s books is the feisty female lead character. I love how her girls are always fierce and brave and more than capable of looking after themselves. In I Can Catch a Monster Bo is no different. Her older brothers maintain that she’s too little to go monster hunting with them and tell Bo she must stay at home. Undeterred, Bo sets off on her own. She encounters a whole host of mythical beasts: dragons, a griffin and a kraken. However, rather than capture them, Bo sees past their appearances and instead judges them by their actions. In a characteristic twist, she actually ends up befriending the monsters she meets. Her brothers, on the other hand, have a less cheerful fate. 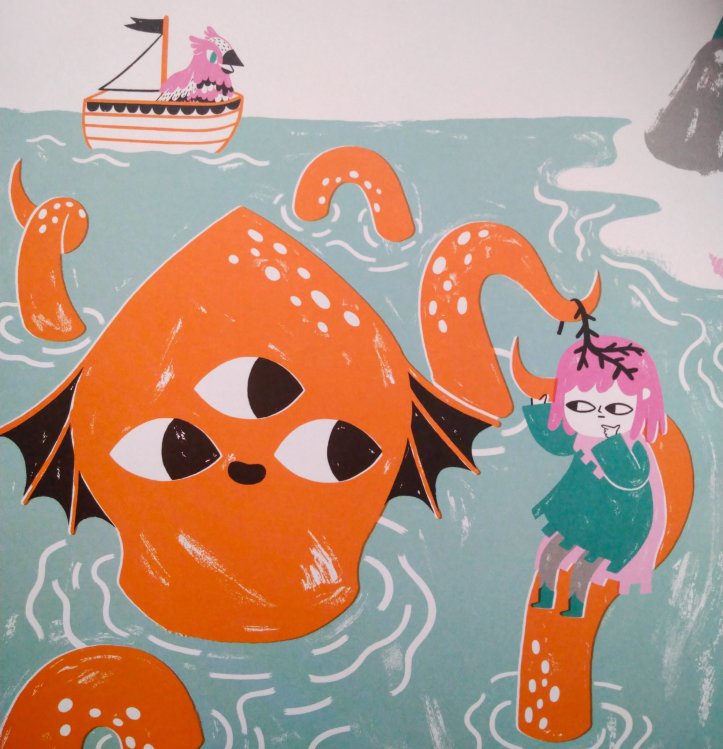 One of our favourite things to do when we read I Can Catch a Monster is compare the endpapers. They’re a “before and after” of the story and Sam loves looking at all the things that have changed.

Thank you to Two Hoots Books for sending me this book to review. I reviewed it as part of the I Can Catch a Monster blog tour where Bethan kindly explained step-by-step how to draw Bo. You can have a go here.